Certain chemical elements, known as nutrients, play a fundamental role in the growth and viability of crops. These have to be provided in sufficient quantity to have a healthy crop. There are several ways to provide nutrients: inorganic form, in the form of complexes or in the form of chelates. In the case of the last two forms, these are nutrients “sequestered” by molecules (or agents) that facilitate their incorporation into the plant and greatly increase the availability of these nutrients for plants.

In this report we analyze the advantages of complexes / chelates as a way of applying nutrients to inorganic forms and how to choose if chelates or complexes are required.

Some chemical elements play an important role in all living beings. They are known as Nutrients.

They are divided into four groups:

To avoid or correct a deficiency of the mentioned nutrients crops are applied:

They are natural minerals: oxides, nitrates, chlorides and sulphates. The widest used compounds are sulphates and nitrates. These elements, since they are solo, they can react freely with soil ions, making them precipitate.

Nutrients attached to a molecule that avoid them precipitating as an inorganic salt and makes their assimilation by the plant easier. There are two kinds of molecules, or agents: Complexing or Chelating agents.

An agent is the molecule with the ability to attach itself to elements with an ionic valence of +2 or +3. We classify them into complexing or chelating agents, and from natural or synthetic origin.

Chelating agents are molecules with the ability to attach to nutrients (Zn, Cu…) forming VERY STABLE bonds. They are all synthetics. The most common agents are EDTA, HEDTA and EDDHA. They are not biodegradables, so they leave residues in the ground.

Complexing agents are molecules from synthetic and natural origin that form less stable bonds with nutrients than the chelating agents. In return, they are fully biodegradable and easier to produce.

Among synthetic complexing agent we find gluconic and heptagluconic acids, and among the natural ones, lignosulphonates, amino acids, reducing sugars, humic and fulvic matters…

This is the most widespread agent in the market, and it is used along all microelements. It shows a higher affinity (chelating constant) slightly superior to HEDTA.

This chelating agent is similar but different to EDTA. It shows less affinity for some microelements than EDTA, but its extra Hydrogen makes these compounds more water-soluble and less photosensible, making them more suitable as foliar application products than EDTA chelates. 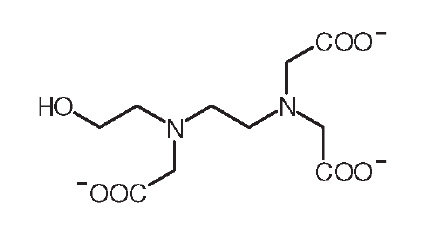 This complexing agent shows a good affinity for ions, but this affinity is lower than any chelating agent. It is a completely biodegradable agent, leaving no residues in the soil.

This complexing agent is similar to the gluconic acid but it has more anchoring points, and a single agent can complex several nutrients. Also it shows great affinity for nutrients at basic pH, making it suitable as a complexing agent in limestone soils.

These compounds, extracted from wood, are completely natural, so besides its complexing power they act as organic matter when they are applied. They are fully biodegradable and complex macro and microelements. 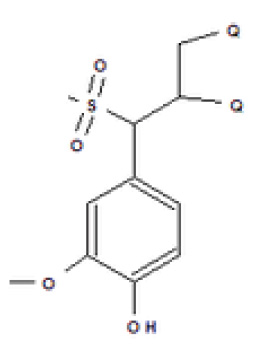 Both Boron and Molybdenum cannot be chelated/complexed because of their ionic valence. Their application is exclusively mineral.

Boron is often reacted with ethanolamine, producing the compound Boroethanolamine that improves the formulation of Boron-containing products since they increase the quantity of Boron that can be solved in the formula.

If there is no other choice. They are cheaper but larger quantities of product have to be applied because of their tendency to precipitate as salts.

Recommended for root application of microelements.

Chelates and complexes are nutrients bonded with agents that:

MICROPONIC is a microelement chelate with Boron, Copper, Iron, Manganese, Molybdenum and Zinc, chelated with HEEDTA.

It acts as a deficiency corrector due to its wide microelement variety.

Its application is recommended during active metabolism period, like sprouting or fruit production. 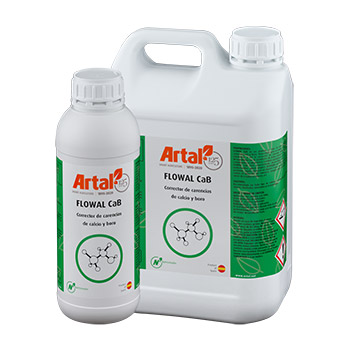 FLOWAL fertilizers are chelates and simple complexes (of Calcium, Zinc, Magnesium, Manganese and Iron) chelated with heptagluconic acid or with HEEDTA.

They are microelements nutrients and/or deficiency correctors that work in wide ranges of pH. 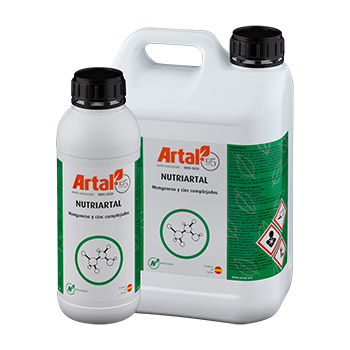 They act as Zinc and Manganese sources to prevent and/or correct deficiencies that delay and reduce production.

Request the full report to infotec@artal.net